Families in east India were suffering from the effects of the second wave of the COVID lockdowns this summer when yet another blow came. Cyclone YAAS hit the coastal communities with such force that many homes were completely lost and others were severely damaged. Families in these communities were now faced with incredible difficulties, and the need for help and emergency supplies were great.

Due to our very kind LWB community, we were able to immediately provide a month’s supply of food to 200 children and their families. This relief was met with grateful hearts from the families and children, and we wanted to share a few of their stories.

Nitesh is a 10-year-old girl who faced the devastation of Cyclone YAAS. Her family’s entire hut was washed away along with all their belongings, including her father’s sewing machine. In addition to this catastrophe, the fishponds close to Nitesh’s home were flooded with saline water. Working as a tailor and catching and selling fish were the two methods that the family had been using to earn income; now, neither option was available. When LWB arrived with food for the family for a month, the relief was enormous.

Suman is a 13-year-old boy whose family was among those that we supported. After Cyclone YAAS, the family hut was still standing, but the damage was so great that now water pours inside each time it rains. As the water comes inside the home, so, too, do the snakes and insects. Our food relief provided a bit of comfort for the family – one less thing to worry about at least for the next month.

Another family that we met and supported during the relief work was eight-year-old, Sri. Sri’s dad is an auto-rickshaw driver whose income has dwindled to virtually nothing due to COVID restrictions. The cyclone demolished the family’s home, and Sri, his brother, and their parents were now living in a makeshift tent on the side of the road. 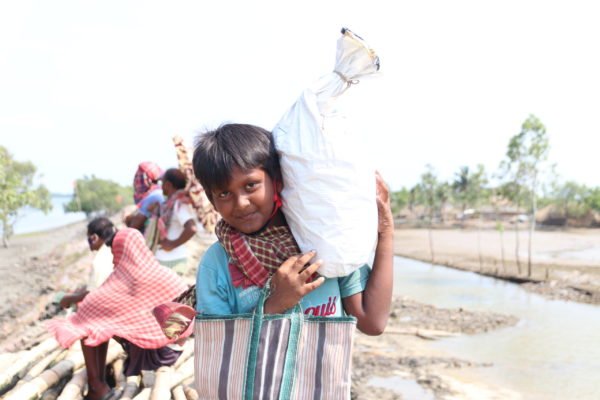 As if this wasn’t enough tragedy, Sri’s mother became ill shortly after the cyclone hit. Part of our food relief effort included providing fever-reducing medicines to some families. That part of the relief that brought Sri the most happiness and hope because he just wishes to see his mother feel better!

Syril is a twelve-year-old boy who also received our emergency food support. He lives with his elderly grandfather.

When Cyclone YAAS hit, it destroyed their home and its contents. Syril and his grandfather are now taking shelter in a government school building with hopes for government support to help them rebuild their home. Our food support provided relief for their hunger and a glimpse of hope for their future.

Seven-year-old Rohan lives with his parents and two younger siblings. His father typically works out of state and sends home the money he earns to support the family. During COVID, however, the out-of-state work shut down and Rohan’s father returned to his family. They were now without an income. The family has been surviving on a single meal a day provided by the government school that Rohan attends as well as fish that they caught from the river.

When Cyclone YAAS hit, it destroyed their home and most of their personal items. Rohan’s family is now without a home and without income. In this great time of need, LWB’s gift of food was able to bring some relief and nutrition to Rohan and his family. 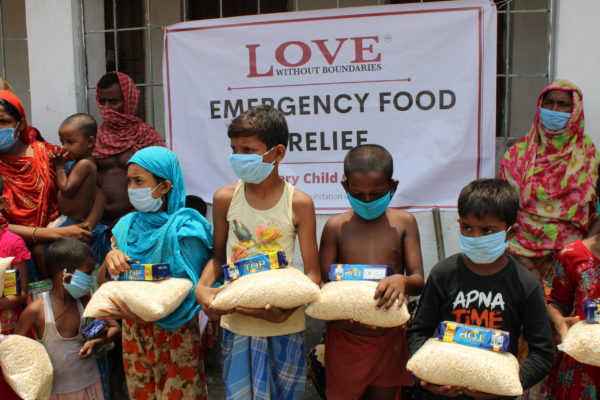 We are grateful to our LWB community for stepping up to help when families like these who were already struggling faced a true crisis. We could not do this work without you!