Okay, so if you are reading this right now and getting ready to sit down to breakfast, maybe you should finish eating before reading this blog.  Don’t say I didn’t warn you! 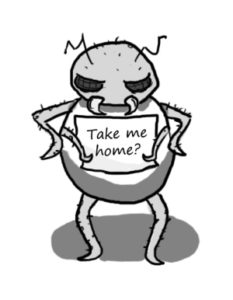 I recently talked to a new adoptive mom who said that everything was going great for their family.  She then laughed and said, “Except for when my daughter has to use the bathroom……WOW!” I immediately asked her if her daughter had been tested for parasites, which she had not.

Remember the scene in the “Wizard of Oz” where Dorothy and crew say, “Lions and tigers and bears…oh my!”?  Well, with international adoption, parents need to be realistic and think, “Scabies and lice and parasites… oh, hi!”  As someone who has had all three of the above (which is a small price to pay in order to love on the kids in orphanages, right?), I have to admit to thinking “uh oh” every time I read an adoption blog where a family has put their newly adopted child in the bathtub with their other kids on day one. Parasites like Giardia sure do love water.  : ) Here is a quick (and incomplete) run-down on what adoptive families need to know about common “creepy crawlies” that can be found in orphanage settings. 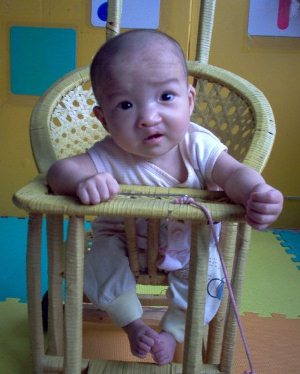 Giardia: I’ve had this pesky little critter three times after overseas trips, and both of my children from China came home with it as well.  It is probably the most common parasite seen from China, and I have talked several times to the World Health Organization about whether it can be eradicated in orphanage populations which have it (short answer:  almost impossible). Kids and adults who get new infections often feel like something is “off.”  Many have bloated stomachs, cramping, and smelly diarrhea. People can live with chronic Giardia, however, as the parasite sets up camp and one’s body learns to live with it.

Those with chronic Giardia might show few symptoms, but slow weight gain could be an indication. It is a waterborne illness, which is why swimming pools and bathtubs should not be shared with someone who has it. I highly recommend that every child adopted from China be tested for this, and new adoptive parents should know that sometimes false negatives occur on the first test since the parasite can be in different stages when the stool sample is collected.  So if your child has continued smelly bowel movements, stomach bloating, diarrhea, or slow weight gain, even with an initial negative Giardia result, you might want to test again. And just know in advance that if your child tests positive, there is a good chance the Health Department will be knocking on your door. 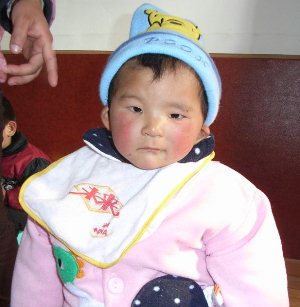 Scabies: The mite that causes this easily-spread disease burrows into the skin and deposits eggs, which leads to an itchy rash. New parents should Google this word and look at the variety of images to see what a wide presentation it has (again, not while eating). Many parents mistakenly think it always presents as small red bumps, but as this mom describes, it can also look like sores or eczema:

“Our daughter came to us at 17 months old covered with sores, which the pediatrician said was psoriasis. I took her to the dermatologist about one month later – yes, it was scabies.  By that time, four or five out of the eight of us had them. Major wash day – not to mention the expense of the meds. Live and learn that when in doubt, ask for a skin scraping.” 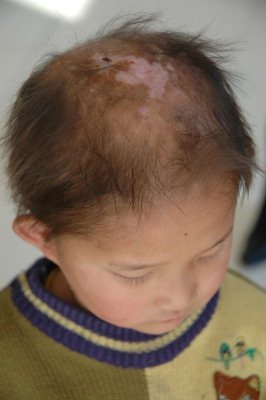 Another parent wrote the following:
“We thought our son had anxiety as he only had one impetigo spot on his chest, but he would scratch all over at night. We mistakenly thought he would itch all day if he had scabies. We visited an international adoption clinic a couple of weeks later, and the doctor showed us places that looked like old scratches or light scars that she said were probably evidence of scabies.The whole family had to be treated. We felt bad that he was suffering with some things that could have been more promptly addressed if we had known what we were dealing with.” 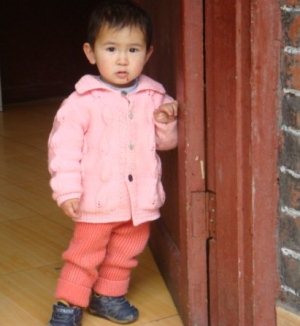 Ascariasis: I had a frantic mom call me one day screaming that a seven inch live worm had just come out of her baby girl. Definitely not what a parent wants to see, but I tried to reassure her that she was not alone as it is estimated that over ONE BILLION people have these roundworms living in their intestines. Amazingly enough, each individual worm can live up to two years inside a person’s body. While some people do have stomach pain or a cough (due to the larvae traveling through the lungs), there are often no symptoms at all. It is important for new adoptive parents to know that for many of the intestinal parasites, a child might show little to no symptoms, which is why doing a range of stool sample tests post adoption is something to discuss with your pediatrician. 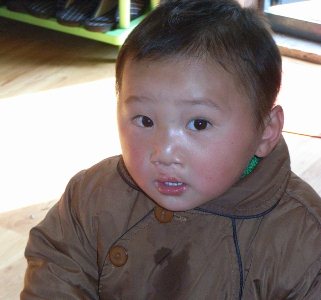 Thankfully the majority of parasites and mites seen in international adoption are easily treated once diagnosed. Parents just need to educate themselves before travel so they can not only make sure their child receives treatment as quickly as possible, but so they can protect themselves and other travel companions from contracting and then sharing them with others.

If you have other insights into the topic of “bad little bugs,” please feel free to share below!