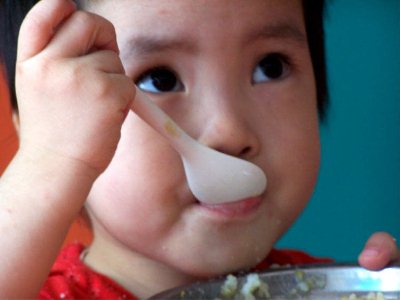 If you asked any child to name a basic human need, chances are the word “food” would be one of the first answers. It is essential to our well-being, isn’t it? And so naturally it is an issue that often comes front and center for children who have lived in an institution and who have possibly never known what it means to feel “full.” Parents frequently comment on adoption travel blogs with astonishment at how much their new children will eat, refilling their plates again and again at every meal. Just as many new parents, however, worry when their child won’t put any solids in her mouth or when they return to their new home and then find food hidden under their child’s bed. Today I’d like to discuss some of the reasons why food issues are often a very common part of international adoption.

I will never forget taking a group of older orphaned children out to a restaurant shortly after I started working in China. I sat there amazed as they ate every morsel, and we kept ordering more and more as it all disappeared once again. At one point, however, we realized that the kids were ordering food and then secretly putting it into their pockets for later. My excitement turned to sadness as it hit me that the kids were trying to protect themselves from the hunger they would feel the next day. 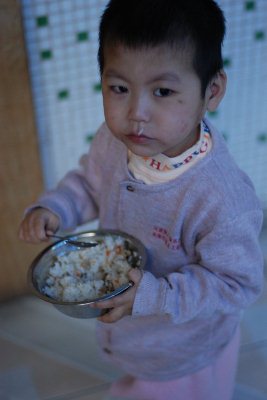 Of course, over the last nine years, I have seen true hunger again and again in orphanage settings. The diets of children in institutions are often meager, with rice congee being a staple and protein being scarce. Anemia and growth retardation are common in orphaned children. As a mom to teenage sons, some days I will watch them come home from school and pop an entire frozen pizza in the oven for a “snack,” and I realize how blessed my kids have been to have grown up with a full pantry. The reality is that countless children around the world know real, long-term hunger – to the point that their bodies basically give up on ever getting enough food. 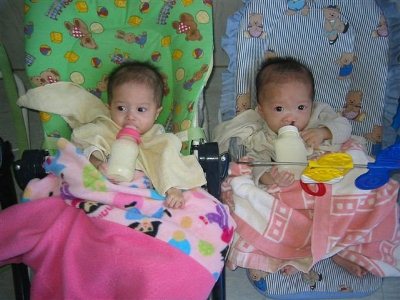 Another reality of orphanages is that far too many babies are fed with propped bottles. When orphanages are short on hands, nannies will roll up a towel next to an infant in a crib and lay the bottle near her mouth. Sadly, more of the milk often goes down a child’s shirt than into her tummy. 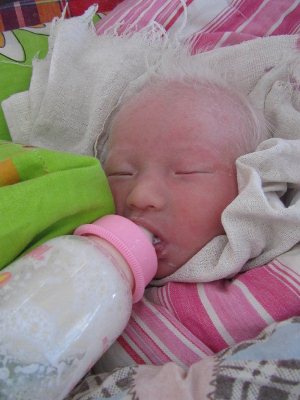 Some doctors have theorized that babies who never eat to full have “hunger switches” (those receptors in your brain that tell you to stop eating) that don’t develop properly. Basically children who grow up with daily hunger often have difficulty knowing when to stop eating even after being adopted, and so it is common for new parents to report that their child will eat continually. Some physicians will tell new parents to not worry about a child who wants to eat all the time and to offer as much healthy food as possible to allow them to know you will always meet their needs. Other experts, however, remind parents that children from orphanages eat a very regimented diet and will advise parents on the adoption trip to add new foods slowly. Since I am not an expert on child nutrition, I am staying out of this debate. I do think it is important, however, for new parents to be aware that food is often a source of deep anxiety for international adoptees so they can help transition their child into the healthiest eating habits possible.

On the opposite side of the food issue spectrum are those children who develop oral aversions in an institutional setting. It is important to know that many orphanages don’t introduce solid foods until ages 1 to 2. Many nannies will put rice cereal into the children’s bottles and then cut a wider nipple opening so that they “drink” their meals. Since the kids never learn to actually chew, some children then cannot stand the feel of having solid foods in their mouths. They will immediately spit out anything offered to them, or else some children will store the food in their cheeks, often for hours at a time, in order to not feel it on their tongue. There is lots of good information online about oral aversion, and adoptive parents should educate themselves before travel so they can recognize potential signs in their child and get help once returning home. 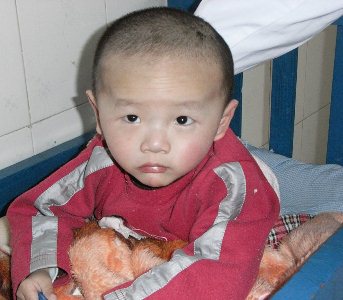 Another common post-adoption issue is a fear in children that their newly found food supply might suddenly disappear. This might manifest itself in a mild way, such as a child feeling anxious until a cracker is given for both of her hands, or in a more complex way such as hoarding food. Parents need to realize that when children have grown up with meager nutrition, some kids feel a deep seated need to control their food once they meet their new family. I know it can be very concerning to a parent to find moldy bananas hidden in a child’s clothes hamper or to change a child’s bed sheets and find snacks under the mattress. I have had parents tell me their new child is “stealing” food, and some have even shared that they worry this means their child is naturally dishonest. Hoarding isn’t about honesty, however, but instead about a child’s insecurity and fear, which is understandable when one realizes they have lost everything they have known. 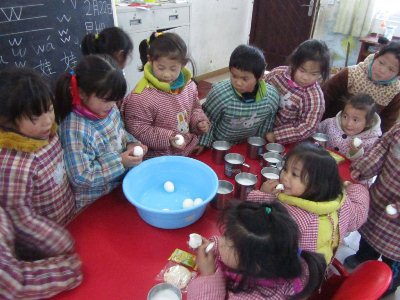 I vividly remember taking a snack of Kix cereal into an orphanage one day and watching helplessly as the kids fought and scratched each other to get at the bag that a child had snatched from my hands. It was a sobering few seconds as we tried to separate them to realize that the kids were in survival mode, willing to do anything to fill their tummies. Adoptive parents should educate themselves fully about the many issues surrounding food that children might face post-adoption and remember to ask themselves, “What could my child have lived through to cause this behavior?” While many of us might have felt hungry for a few hours or even an entire day, most of us have never experienced the continual desire or ache for food that many orphaned children have known. 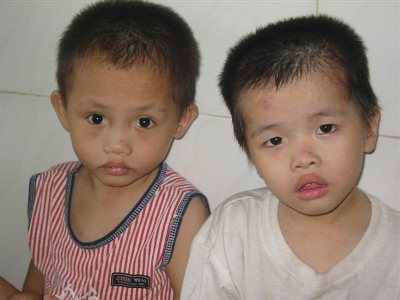 We know many of our readers and supporters have experience in dealing with food issues with their children, and we invite you to share your stories with us!