Most parents adopting internationally have at least a year or more to prepare themselves for the arrival of a child into their lives. They go through home studies and read parenting books. Hopefully by the time they step off the plane in a foreign country, they have had lots of opportunities to process their feelings about building a family through adoption. 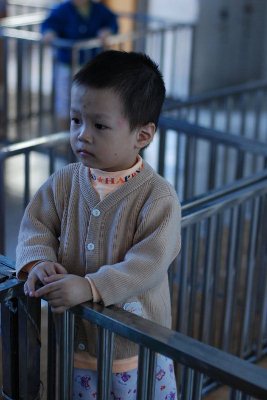 For the child, however, there is often little preparation for what will happen to them when they walk through the doors of the Civil Affairs office, and so adoptive parents must anticipate every possible scenario. Some children are inconsolable with grief and crying, while others become so panicked about being taken from their caregiver that they react with kicking or biting in a desperate fight for survival. Some will immediately go to their new mom or dad, while others might be afraid to show any emotion at all and go into “shut down” mode. But again and again, I hear parents ask the question, “Why couldn’t my child have been better prepared for adoption?” It seems so simple, doesn’t it? 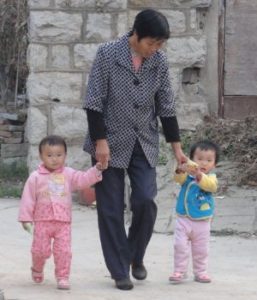 We picture in our heads a loving nanny explaining how wonderful it will be to live in a family, while patiently showing the child the photo album we have sent to China with pictures of our home and dog and of course mom and dad. Parents get upset when they discover that the gifts or photo albums they have mailed were given to their child just moments before arriving at the government office, or else not at all. They find it ridiculous that an orphanage wouldn’t have prepared a child better for meeting his or her family. What could be so hard about that, right? Well…often a lot, actually. Today I would like to share some discussions I have had with both orphanage staff and foster parents about why they are often hesitant to discuss adoption with a child.

A few years ago we had a beautiful little girl in one of our programs who wanted a family very much. She was chosen off of an agency list, and I was actually the one who told her in person that she would be getting her own mom “very soon.” She was overjoyed, and I know she started counting the days until she would have a family of her own. Unfortunately her family-to-be didn’t seem to have the same burning desire to get the adoption completed. Months went by without home study visits being done; each time the agency would call to ask if they were still continuing, then the family would do one more minimum piece. Six months turned into a year, and then two, and the little girl was still no closer to having this family actually come get her. The older children in the orphanage, who were no longer eligible for adoption, began taunting the little girl to release some of the anger they had in their own hearts over never being chosen. They began telling her daily that of course no family was coming, as who would want HER. Despite the nannies’ best assurances, of course the little girl slipped into a deep sadness. After the family finally backed out, I discussed what had happened with the orphanage director, who told me he would never again tell a child a family was coming “until we are walking into the doors of the government office to meet them.” Of course that was an extreme response, but adoptive parents in the West need to understand that orphanage directors and nannies regularly see families who stop adoptions. Whether it is from divorce, or money issues, the loss of a job, or a death in the family, sometimes adoptions fall through. Many orphanage officials feel in their minds that they are protecting a child from future heartache by withholding information about a family until that family actually arrives in China. They also might feel like they are protecting the child from hearing taunts or even threats from other children in the orphanage who are dealing with their own feelings of not being chosen. 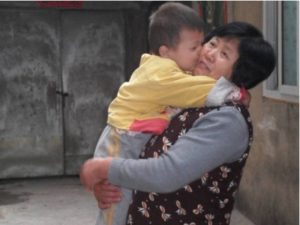 Recently one foster mom learned the news that a little girl in her care for almost five years was on an adoption agency list. When I asked how she was feeling, the foster mom told me, “I know I need to be preparing her, but it hurts my heart too much to even consider, and so I just keep thinking that if I ignore this news, perhaps the day will never come.” This was a mom who knew financially that she could not afford to adopt the child in her care. She knew intellectually that she should begin the process to explain to her foster child that they would someday have to leave each other. But emotionally she could not bring herself to even think about it and so she remained silent. Other foster parents have told me that they don’t want to tell the child “too early” as it will only make the child anxious or upset. Still others have told us that they don’t discuss international adoption openly because neighbors, unfamiliar with modern child psychology, have said things in the past to children adopted overseas such as, “They will make you dye your hair blonde to fit in” or “If you don’t do everything your new parents say they will sell you to a factory.” To many rural foster families, America or Sweden or the Netherlands seem as far away as the moon, and it is hard for them to explain international adoption to a child when they don’t fully understand it themselves.

So while many in the West think it would be “easy” to fully prepare a child for international adoption, the reality is that there are a myriad of reasons why the adults caring for them sometimes choose not to say a word until just a few days before the child leaves their care. 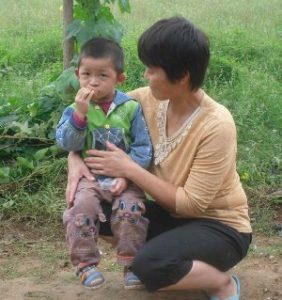 Adoptive parents need to understand that the child walking through the government office door to meet them might not have any idea whatsoever what it means to “have a permanent family.” Some children are told by the people escorting them that they have to be good or else they will be returned, and so in those initial days many children are either terrified of doing anything that could make them lose their new family, or else they will do everything “bad” to test whether their new parents will keep them. Remind yourself that you had a really long time to prepare your heart and mind for this adoption, and chances are you had your own moments of pure panic along the way. Your child certainly deserves at least as long to process and come to terms with the possibly brand new concept of “adoption.” As mentioned above, the orphanage or foster parents might have had their own reasons for wondering if you were actually going to step through that government door as well. 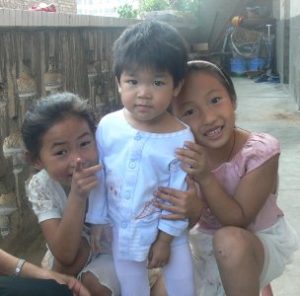 We all wish that this process could be “perfect” and that every child could be fully and adequately prepared for what they are about to experience. But since adoption involves humans, who all bring their own personal experiences and emotions to the table, it is of course a bit more complicated than that.